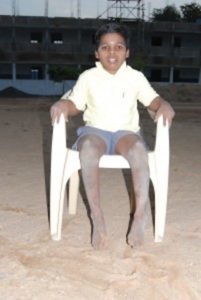 This is a story of miraculous fate, generosity, and recovery. It takes place in India, a developing country with an unfortunate number of slums and impoverished areas. It is in one of these desolate, village regions where CCF maintains the Angelo home orphanage for handicapped and abandoned children.

During one mission trip to the orphanage, our founder became ill and required unexpected hospitalization. Receiving care in a far from state-of-the-art medical facility, a positive outcome in recovery seemed questionable. Over time, the children from the orphanage were brought to the founder’s bedside, one by one offering their love and prayers. Combined with one doctor’s commitment, pleas to God were answered and our founder’s health was restored. 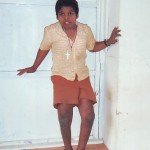 Five years after the fact, the CCF team witnessed how this single life-threatening experience would affect the miraculous fate of one desperate little boy, named Vikneshwaran. “Upon arrival to the orphanage, our hearts were immediately moved when we met Vikneshwaran. Carried to greet us by the older children of the orphanage, Vikneshwaran’s outstretched arms and precious smile not only captured our hearts, but moved our spirits in compassion,” stated one CCF team member.
Vikneshwaran was born with severe polio affliction in both legs, marked as an omen, and left to crawl as the only form of mobility. Although given a new home with basic care and support at the orphanage, it was obvious Vikneshwaran needed so much more. After weeks of careful CCF review, the team learned that his disease not only prevented him from walking but also compromised his immune system, meaning sickness would most likely prevail. 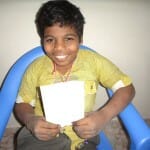 As destiny would have it, the relationship—built between CCF’s founder and one hospital physician—led to Vikneshwaran’s first in-depth examination and the beginning of many personalized medical treatments.

Through continued medical generosity, as well as the combined efforts of the CCF team and Sponsorship Supporters, Vikneshwaran received a life-changing surgery on both legs. He now stands for the first time. As a child in an impoverished caste society where a deformity is a sign of darkness, it is rare for anyone to trust in the true power of change.  Through CCF, let us continue to unite together in inspiration with such success stories as this one of little Vikneshwaran.  Aesop famously said, “in unison there is strength,” and we believe, although none of us can singlehandedly change the world, all of us can come together and transform lives under God—one child at a time!