The Story of Kavitha 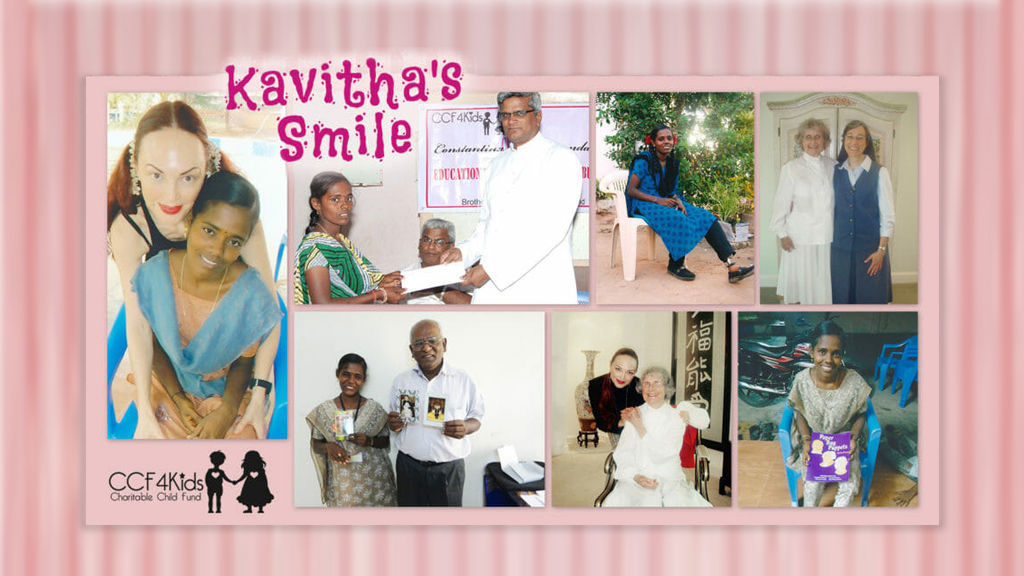 The Story of Kavitha

As a withdrawn preteen entering the CCF-Angelo Home orphanage, Kavitha found it very difficult to trust in anyone or anything. Although care and support were given, it was evident that Kavitha’s scars ran deep. After months of living with the children, CCF Founder Constantina’s undying commitment to finding individual sponsors for each child resulted in success for Kavitha. Constantina’s unwavering goal to bridge these children with sponsors is exemplified by Kavitha’s ultimate transformation after becoming part of the CCF community.

Through the love and generosity of the orphanage sponsors, Kavitha’s life was touched forever, as she began to blossom. Through correspondence of letters and photos with a CCF sponsor, her demeanor changed and she began to shine. On Constantina’s trip to India, she hand-delivered packages to Kavitha from the CCF sponsor as well as initiating an international phone call between the two. Tears of joy ran down Kavitha’s face as the sponsor promised her, “I am here for you and will do whatever it takes to care for you Kavitha, please know that.”

Through the continued generosity of this CCF sponsor, Kavitha was able to see a prosthetic specialist. To know that someone cared for her dramatically changed her spirit; she now radiated and began to smile.

Kavitha now holds a bright future and dreams of being a teacher. She frequently writes lively letters of gratitude to her sponsor, who truly changed her life. Kavitha’s story is one of a spirit conversion out of love, and one that encourages hope for other shunned orphans.